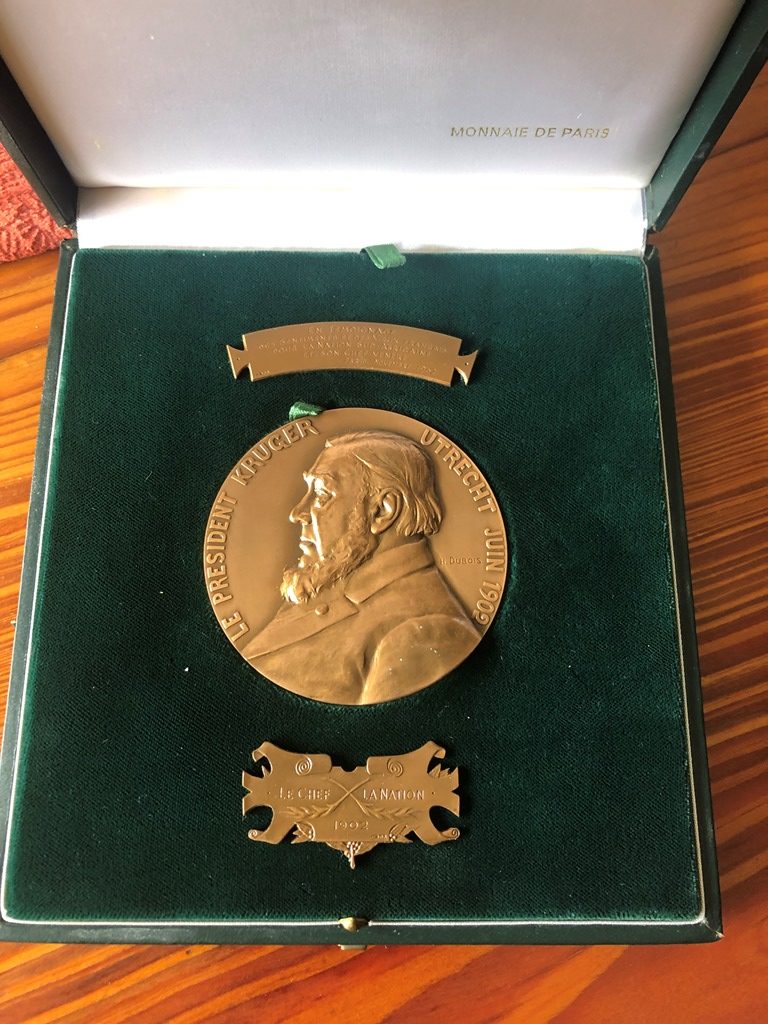 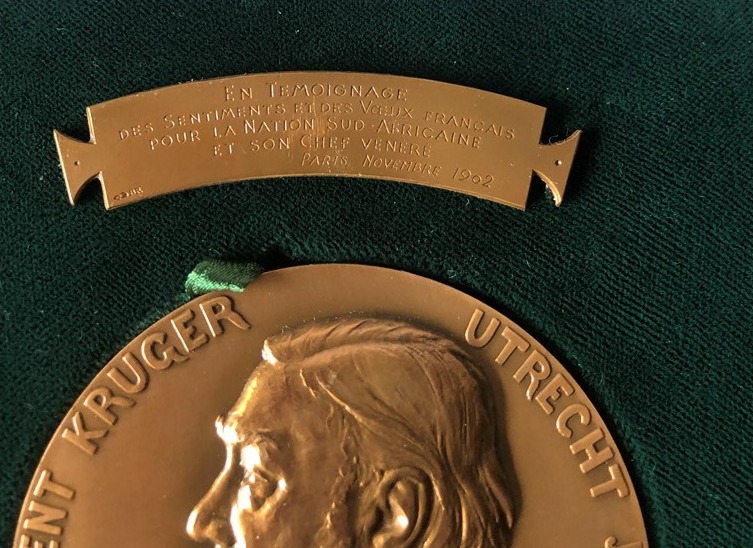 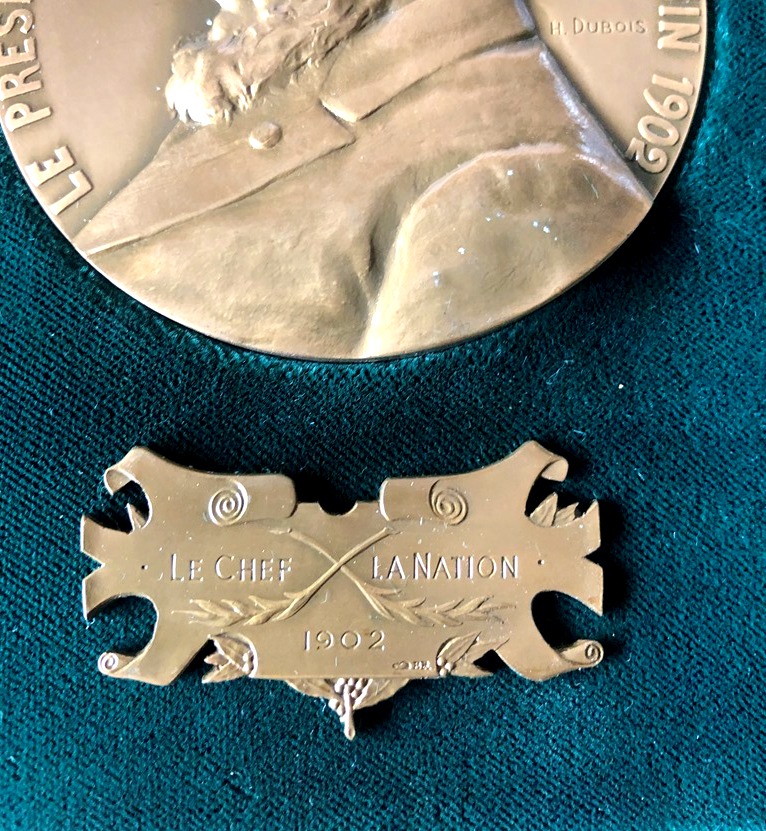 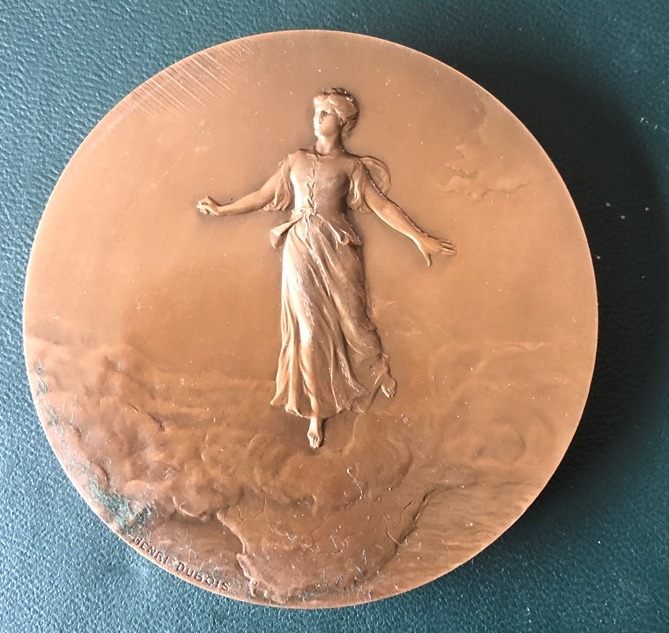 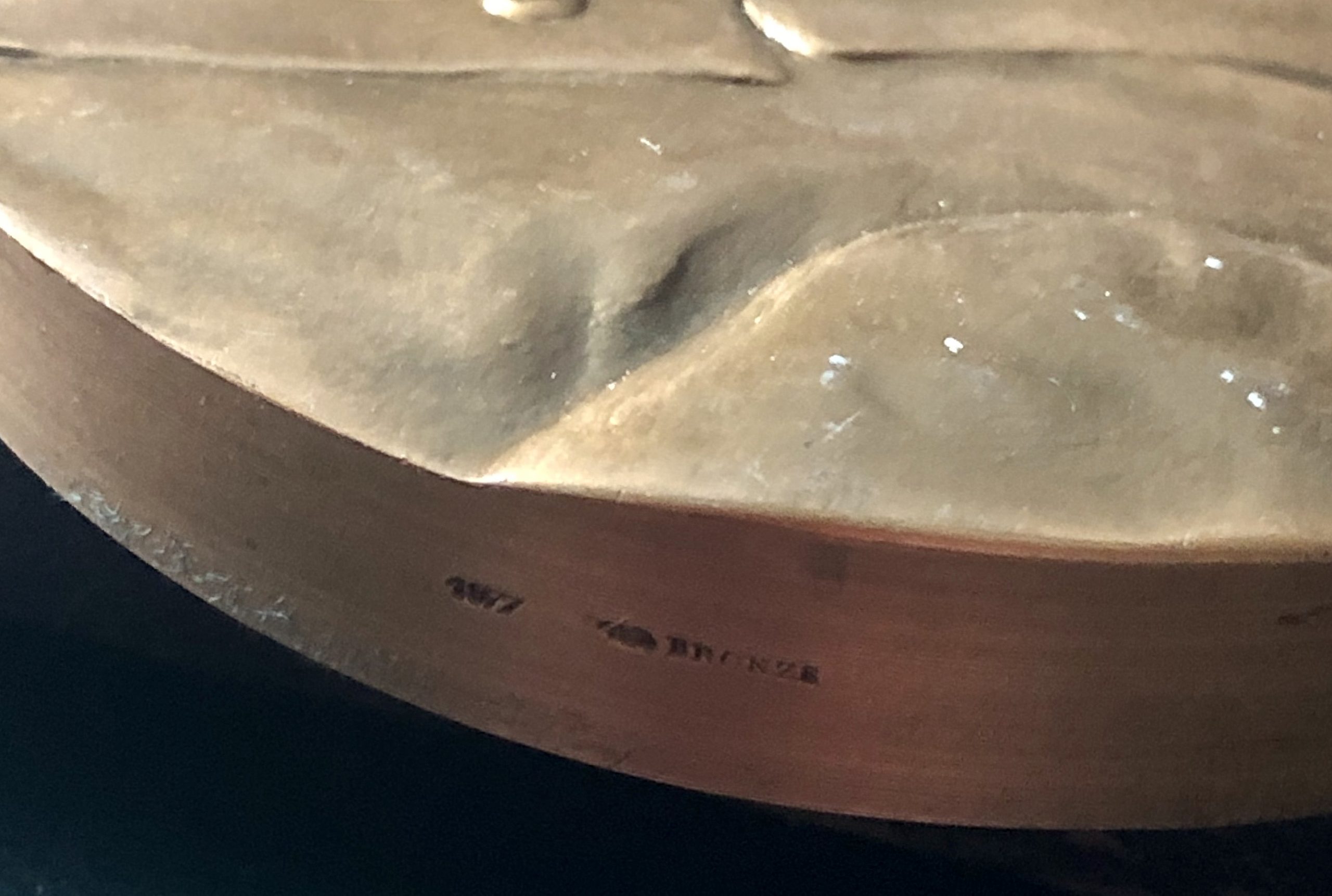 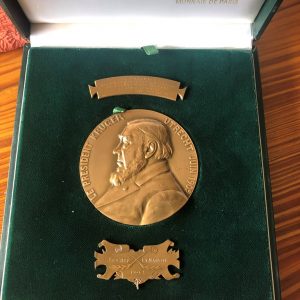 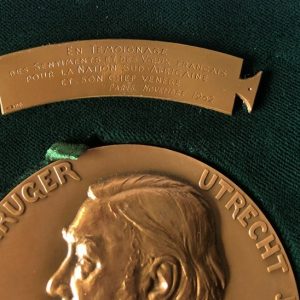 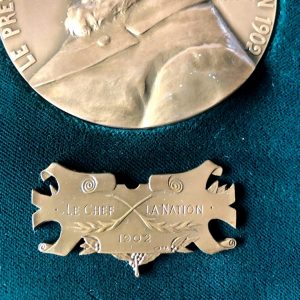 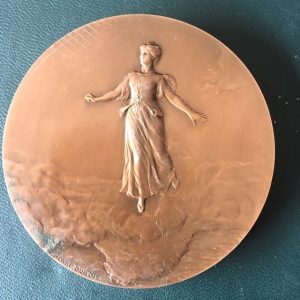 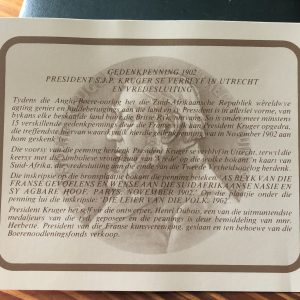 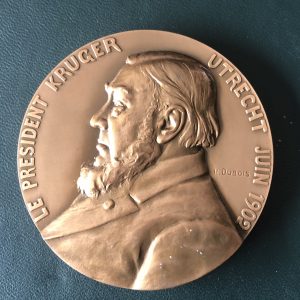 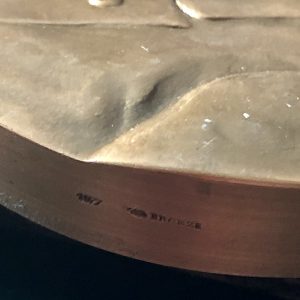 Circular, Cast. Comes in a green presentation case which also contains two bronze plaques one positioned above the medal and the other below.

In 1902 a pair of medals (Laidlaw 0003a), one is silver and the other in bronze, together with silver versions of the two plaques shown here, was presented to President Kruger. The medal set here with the bronze medal only is a reproduction of the unique Kruger set.

Comes inside a green fitted case lined on the inside with white silk-like material and green velvet-like material. The plaques are fitted above and below the medal. Also comes with a descriptive insert French on one side and Afrikaans on the other.

The inscription on the bronze plaque above the medal reads: EN TEMOIGNAGE / DES SENTIMENTS ET DES VOEUX FRANCAIS / POUR LA NATION SUD-AFRICAINE / ET SON CHEF VENERE / PARIS NOVEMBRE 1902 (in testimony of the sentiments and good wishes of the French people for the South African Nation and its venerated leader. Paris, November 1902). The plaque under the medal has the inscription: LE CHEF … LA NATION / 1902. These plaques, in sliver, formed part of the presentation set given to President Kruger during his stay in Utrecht

During the 1970s the French negotiated a contract with ARMSCOR, the South African government-supported armaments company, for the supply of military equipment, particularly Mirage jet-fighter aeroplanes. The 1976 re-strike was produced to mark longstanding friendship between the two countries and cement the arms agreement.

A second restrike was made in 1977 for the Natural Cultural History Museum with the descriptive insert this time in English and Afrikaans.