You are here: Home / Archives for Boer war 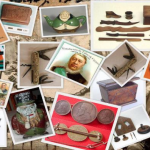 Origin of the Boer War The origins of the war were complex and stemmed from more than a century of conflict between the Boers and Britain. Of immediate importance, however, was the question of who would control and benefit most from the very lucrative Witwatersrand gold minesdiscovered by Jan Gerritze Bantjes in June 1884. First Anglo Boer War - 16 December 1880 – 23 March 1881 Second Anglo-Boer War - 1899 - 1902 What were the end results of the Boer War? In Pretoria, representatives of Great Britain and the Boer states sign the Treaty of Vereeniging, officially ending the three-and-a-half-year South African Boer War. By 1902, the British had crushed the Boer resistance, and on May 31 of that year, the Peace of Vereeniging was signed, ending hostilities. Interesting … END_OF_DOCUMENT_TOKEN_TO_BE_REPLACED